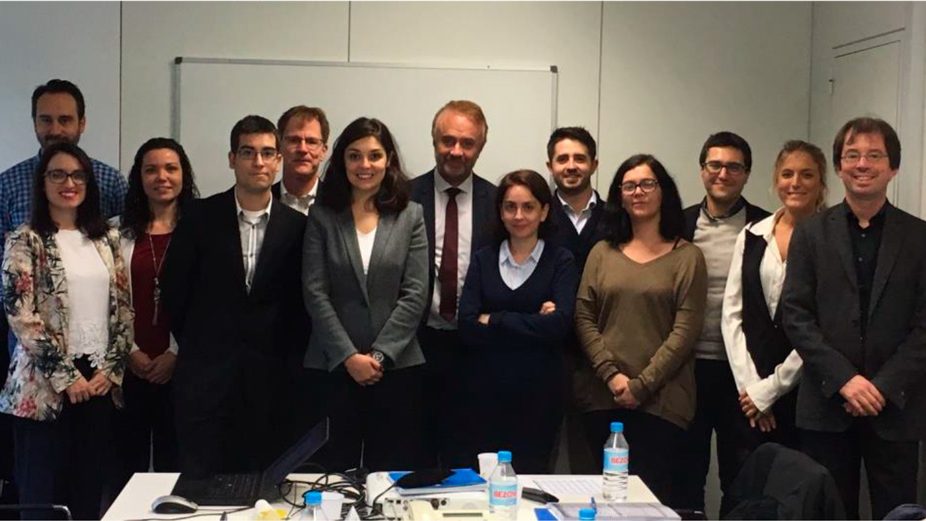 COBRA leads the consortium formed by five industry partners, which contribute to develop the project with their knowledge on the CSP technology.

The Kick-off meeting of the project Msloop 2.0 was held the 23th November 2016 at Cobra’s headquarters in Madrid. Five experienced institutions in strategic fields within solar thermal sector comprise the project. The project is receiving funding from the EC under the Fast Track to Innovation Programme (H2020) that promotes close-to-the-market innovation activities.

The consortium aims to develop of a new solution of hybrid CSP commercial plant with at least 20 % LCOE reduction that will provide firm and dispatchable electricity.

During the kick-off meeting, the Consortium members discussed the status of the research area, project goals, and expectations of the different stakeholders with respect to the project outcome. An introduction of the main issues of the Work Packages was explained, describing the task involved in each one.

The members not only discussed about the organizational structure of the project and the technical content, but also they decided on matters related to the dissemination of results and the activities to be performed in the next 6 months.

Finally, a summary of the first steps of every Work Package was explained emphasizing, the objective of staring the assembly works on April 2017.The consortium has planned to meet every 6 months to share their work results.

MSLOOP 2.0 project started in November 2016 and is being developed by a European consortium composed of five partners from three European countries: Spain, Germany and Italy. The project is led by COBRA and is receiving funding from the EC under Fast Track to Innovation Programme (H2020).

The MSLOOP 2.0 consortium consists of a multidisciplinary team formed by five partners; COBRA, Universidad Complutense, Archimede Solar Energy, Sbp sonne gmbh and CADE in strategic fields within solar thermal sector. This composition will boost an innovative development capable of achieving a strong positioning in the market.